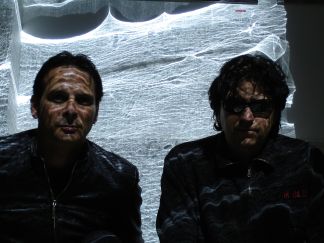 during the last ten years sonar has become one of the most well-known and appreciated rhythmic-industrial projects. countless releases and high-energetic live performances assured their top position in this genre. for those unfamiliar, sonar's sound can be described as synthesized outbursts, strategically placed samples and droning bass pulses, corseted in strict driving beats and minimalistic sequences.

alien overdrive displays sonar's professional skill in diversifying a well-known style of industrial music, making it fresh and exiting. the straightness of the tracks works perfectly as a catalyst that makes you move your body. then again, this music's specific feature is displayed subliminally, f.e. unusual syncopations ('vanished'), accentuations on the off-beat ('bad man') or a constant state of the rhythmic flux without an actual beat ('transfo funk'). the more often you will listen to it, the more you will discover.