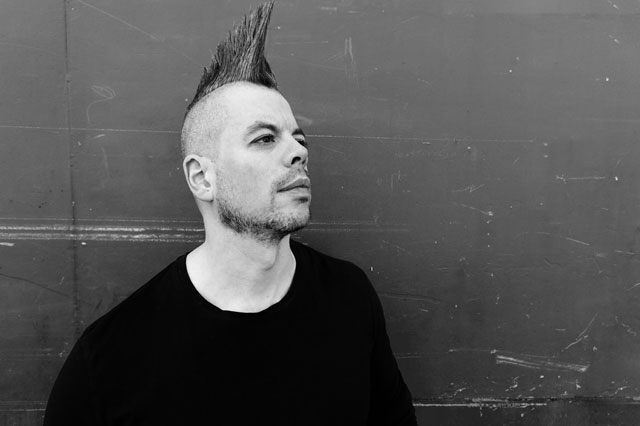 Picture: N.Skulli
2016 marks the end of the first decade in Faderhead’s career. A decade in which the charismatic German has produced more dark electro club hits than any other act: TZDV, Dirtygrrrls/Dirtybois, Destroy Improve Rebuild, The Way To Fuck God, Fistful Of Fuck You, Dancers and When The Freaks Come Out all filled dancefloors worldwide. And when listening to his newest album “FH-X” it seems that he’s just getting started, which is evident from the fact that the first single “No Gods, No Flags, No Bullshit” went straight from 0 to 1 on the DAC (German Alternative Charts) and the album stayed at number 1 for a sensational 6 weeks.

This year, Faderhead also released the "Anima In Machina"-EP to coincide with his successful German tour with Covenant. The EP includes 2 new songs and 8 completely new versions of older tracks.

Everything has matured in ten years: youthful power has been turned into to precise aggression and it is evident that the world of Faderhead in 2016 is different from the one in 2006. What hasn’t changed is the fact that his songs still capture people’s hearts and minds, which is a good indicator of what’s going to come in the next decade.