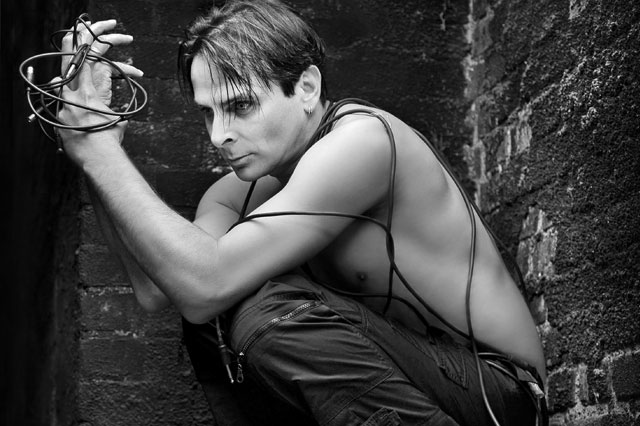 Dirk Ivens ( ex - The Klinik / Absolute Body Control / Sonar) operates solo under the name DIVE with a mixture of minimal electro combined with lyrics about hope, death, love and fear.

Very primitive and experimental it hits like 1000 volts with an evolving sound.

With a minimum on equipment, Dirk Ivens creates a maximum of power with his one man performance and armed with a minidisc and two stroboscopes he proves worldwide on many stages that less means more.