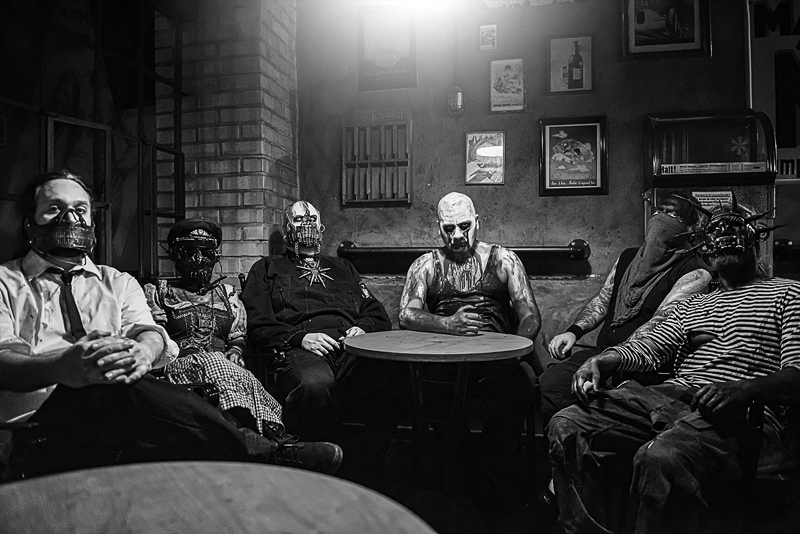 OST+FRONT are back … and full on adrenalin! The new album from the Berlin-based bands is released as CD, deluxe double CD, limited double vinyl and limited fan box containing the double CD, a bonus live-album and OST+FRONT-flag.

"Born at the limit and open for everything..." - on "Adrenalin", OST+FRONT are pushing the boundaries more than ever before. Mixed and mastered in the renowned Fascination Street Studios in Sweden (Amon Amarth, At The Gates, Arch Enemy, Kreator… to name but a few), the album is sporting a compact sound that perfectly balances the alternating bursts of melodic pomp and relentless aggression, fun and brutality and the juxtaposition of fragility and "in your face"-moments. Yet again, OST+FRONT delight in tearing down all sorts of lyrical and musical conventions and enjoy wallowing in all sorts of thinkable and unthinkable extremes that the human existence has to offer: be it adrenalin rushes, delusions of grandeur, orgies of promiscuity on the dance floor, or the heavily underrated pleasures of geronto-eroticism … the Berliners tackle all these themes with shameless aggression in raw anthemic hit tunes. The steamhammer-Metal-foundation coupled with strong melodies which is at the heart of every OST+FRONT song is expanded with all sorts of genre-defying extras that follow only one motto: anything goes! Beer-tent-polka meets Techno meets Metal, German New Wave is melded into Neue Deutsche Härte, symphonic choirs and orchestral finesse meet Punk Rock or Old School Heavy Metal sounds but all of these diversities really only serve as a clever buildup for the next aggressive broadside. In "10 Jahre OST+FRONT" (= 10 years of OST+FRONT), Herrmann and his Conquerors unashamedly revel in self-praise and the love for their fans. And why? Because they can! And even though practically every band will call their latest release the crown of everything they have created thus far, in this case there is not much more to say: "Adrenalin" really is the strongest behemoth of an album that OST+FRONT have ever created.