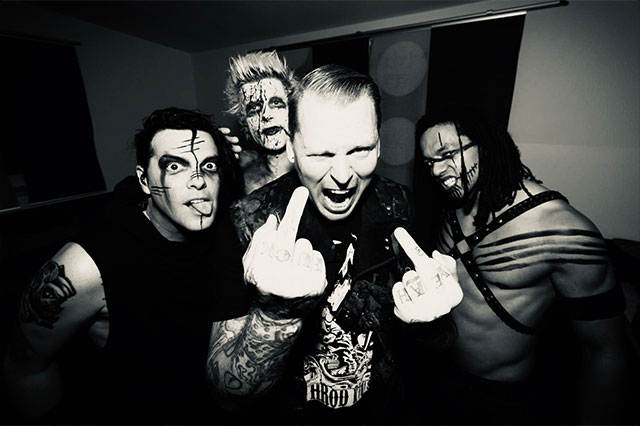 Initially cutting his teeth in the seminal Norwegian hardcore bands My Right Choice and Lash Out, Combichrist founder and vocalist Andy LaPlegua segued out of that scene into the electronic music world with Icon of Coil. It wasn't until 2003 that LaPlegua founded Combichrist - the project that would soon dominate his time. A departure from IOC's futurepop sound, Combichrist took LaPlegua's hardcore past and electronica present and merged them into a singular, mechanical music monster.

Since releasing the first Combichrist album The Joy of Gunz, LaPlegua and Combichrist have unleashed six subsequent full-lengths, including 2014's We Love You, and numerous EPs while also cracking Billboard's Top 10 Dance Singles chart. Following the release of 2011's Making Monsters,