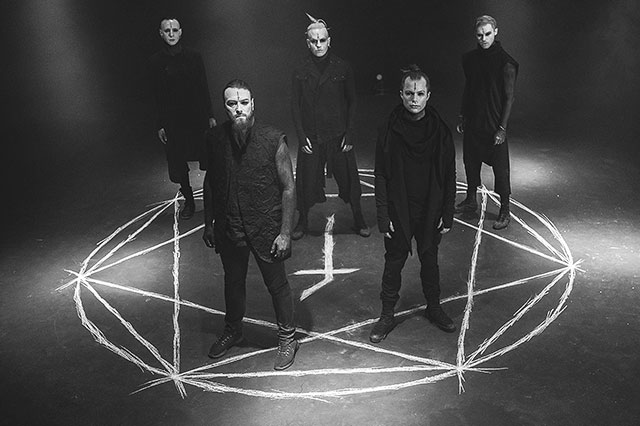 Picture: Lennard Schmitt
German genrefluid visionaries LORD OF THE LOST return in 2022 with a new EP, The Heartbeat of The Devil!

Out May 6, 2022 via Napalm Records, the EP not only features two versions of its title track, which was first released on the band’s most recent full-length – the conceptual masterpiece JUDAS – but three cover songs encompassing the band’s free-thinking attitude. The EP follows both JUDAS (2021, #2 GER) and Thornstar (2018, #6 GER), which repeatedly solidified LORD OF THE LOST as visionaries unafraid to express themselves outside of the norm. Their nonconformism is undoubtedly a key point of their attraction and distinction, and their sophisticated sonic universe sets them apart from all other bands in the genre, which manifests the Germans as controversial in the best possible sense.

The Heartbeat Of The Devil begins with the single version of “The Heartbeat of The Devil”, and closes with a striking piano version of the same song. Rounding out the center of the EP are three cover versions of iconic songs: “Children Of The Damned” by Iron Maiden, who LORD OF THE LOST will support on 18 dates of the band’s European tour after the release of the EP, “Judas” by Lady Gaga, an artist that has inspired Chris Harms – the musical mastermind of LORD OF THE LOST – for years and “Wig In A Box” from famed rock musical Hedwig and the Angry Inch. These iconic songs are reinvented and transformed by the dark atmosphere of LORD OF THE LOST’s trademark sound.