Artist info: And One 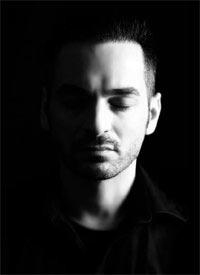 AND ONE are "Back Home!" But have they been away at all? Actually, nobody gives a f***. Because they really haven´t been away. According to "Back Home", they just visited Ziggy on Mars, tried to snatch the backstage pass from Satan and sprayed "AND ONE" onto the walls of Essex.

Like noONE else, those Berlin-based guys are able to garnish their lyrics with small puzzles and hints until their audience´s heads burst. And everything crispy and as fresh as can be. Because the return of Joke Jay and Rick Schah finally changes AND ONE back to AND ONE! And now they´re even four guys! With Nico "Tentacle Dieter" Wieditz, a new high-profile keyboard wizard and co-producer joins the gang. During the "Sextron Tour 2011", Nico already proved that it´s possible to play 5 keyboards simultaneously without getting into a bad mood. By the way, Nico refrains from drinking alcohol, but according to the other band members, this is nothing more than a temporary, yet quite inappropriate situation. A solution to this condition is already in the works.

"Wounds" once more proves that singer Steve Naghavi will probably never unlearn to penetrate our ears with extremely boring lyrics. Who cares about his heartache? He really should stop whining, shouldn´t he.

With the lyrics of "Rick", Joke and Steve prove that they can do better. At least since reading this text, Rick knows why he was shut out of the Bodypop Studios for two days...

The new live recording of "High" was interpreted by nobody less than the composer himself - Joke Jay, and at no place less than PEINE/Germany at probably the most extraordinary final show of any tour in the band´s 23 years of history...

Just before the EP ends with "Missing Track" (being a cover of "The Missing Band"), we hear two remixes of the title track which once more emphasize AND ONE´s philosophy: A remix is not really a remix until the original enviously sits next to it!