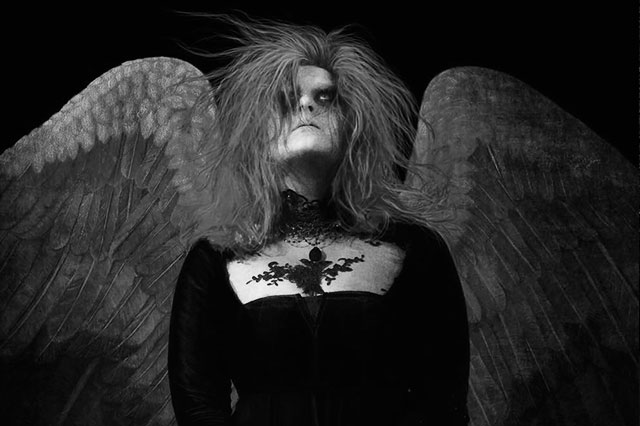 A full ten years after their last, tragically romantic record “Letters To A Stranger”, PERSEPHONE embark on a sombre and uniquely intense journey into another world with their latest effort “Perle”. The starting point of this journey is none other than a classic piece of fantastic literature: Alfred Kubin’s only novel “The Other Side”.

Released in 1909, the artist renowned for his nightmarish paintings full of chimeras takes the reader into the dream city named Perle, a place constantly shrouded in foggy darkness. This is where the novel’s protagonist finds himself, realizing after a brief stint of fascination that he has found his very own inner hell. He has to deal with the blind masses in which he yet doesn’t find a place. Instead, he is haunted by isolation, solitude and estrangement. This deeply troubling and utterly intense piece of literary history has a quality of both frightening and fascinating the reader. “Dream and reality blur into each other, ethic values and morales are long forgotten, resulting in the tale of a grandiose downfall”, Sonja Kraushofer is explaining the background. “The downfall of a city, but also the downfall of society. Of humanity.”

Musically true to melancholy as ever before, PERSEPHONE succeed in translating this nightmarish scenario to music, thus combining the bacchanal aura of their earlier works with a haunting, disturbing undertone. The outcome is a monument of solitude that will not fail to move every single heart it reaches. Not so much a retelling as an interpretation of Kubin’s work and his apocalyptic imagery, Sonja Kraushofer (L’ÂME IMMORTELLE) and composer Martin Höfert (formerly of JANUS) dive that deep into the universe of a troubled genius that even the listener will find it exceedingly difficult to surface again.