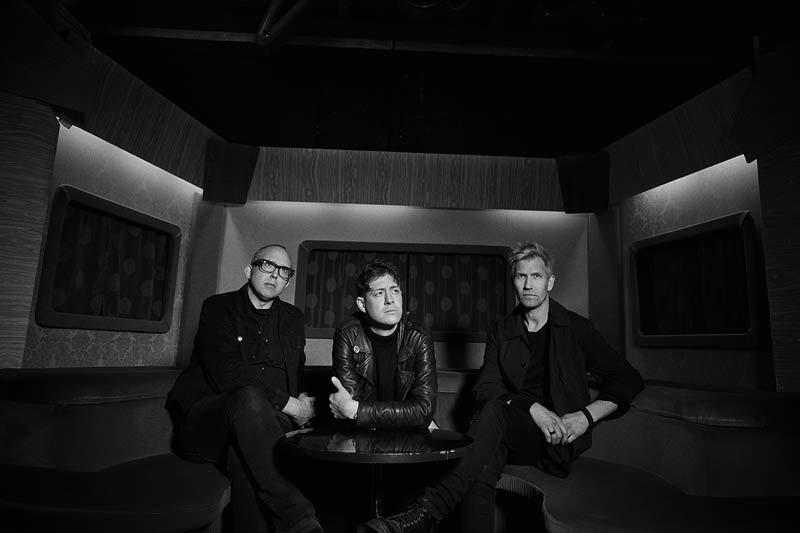 Agent Side Grinder is an electronic band from Bromma, Stockholm, which was formed in 2005. The band has made four albums and toured extensively throughout Europe.

Their first two albums, “Agent Side Grinder” (2008) and “Irish Recording Tape” (2009) were rooted in post-punk, industrial and dark electro. The band quickly gained an underground following throughout Europe.

Their third album “Hardware” (2012) showed a bigger and more textured sound and was met with universal acclaim. It was named "album of the month" in Vice Magazine, topped several annual "best of-lists" including Dagens Nyheter, Metro and Time Out Paris and won the Manifest-award (Swedish indie-grammy) for best synth album in 2013.

In 2015 they released their magnum opus “Alkimia”, a dramatic and melodic album that exceeded the success of "Hardware" (another Manifest win) and cemented Agent Side Grinder’s position as one of Europe’s leading synth-wave bands.

In 2018 the band reformed with a new singer, Emanuel Åström and are currently working on their anticipated fifth album.

Agent Side Grinder has a reputation of being a powerful and mighty live band. They have done seven European tours and played festivals such as M'era Luna Festival, Wave-Gotik Treffen, The Great Escape, Eurosonic, Les Transmusicales de Rennes, Entremurahlas, Bimfest, Drop Dead Festival and Arvikafestivalen. They have opened for bands such as Suicide and Laibach and collaborated with artists like Dirk Ivens, Kite and Henric de la Cour.