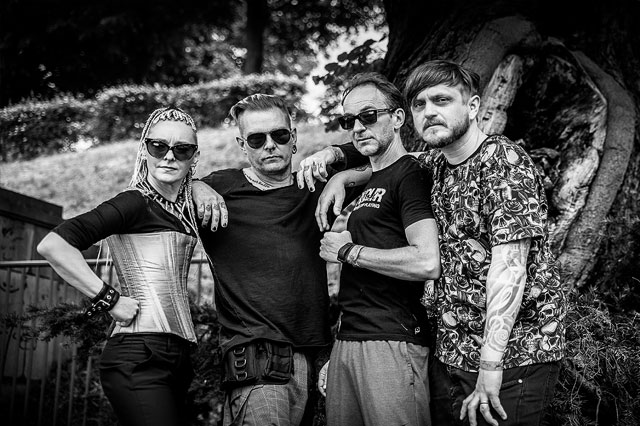 Picture: Jörg Seiche
After years in hibernation, it all came together in the late summer of 2018. The members of Cat Rapes Dog reunited for a historic weekend in Gothenburg and it was decided to revive band activities.

After a ten year pause, Cat Rapes Dog returned to the stage in 2019. They are much older and only little wiser, but stronger live than ever. The two remarkably successful shows at WGT and in Stockholm is a testament to that. So, fasten your seat belts, it’s going to be fast and furious and quite alright.

Cat Rapes Dog from Sweden is one of the pioneers of electropunk, starting out as a duo back in 1986. After adding new members, changing lead singer in 1995 and releasing six albums in the nineties they ran out of fuel in 1999. They still performed live throughout the 2000s, but after WGT 2009 the band fell silent until 2013 when the seventh album was released. However, no live performances accompanied this release. WGT 2019 marked the ten-year anniversary of the last show at WGT 2009.