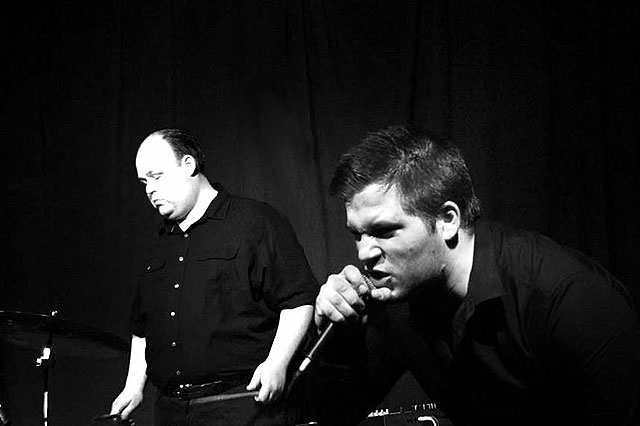 They created their own distinct sound when they blended the ideas of early 2000´s Electronic sound with the inspiration from the early EBM/Industrial scene.

Their music is best described as having one foot in bass driven EBM and the other in catchy melodies with a small dose of Neue Deutsche Welle. With 3 albums and numerous singles and EP's Sturm Café have gathered a small but loyal following around the World. It is not uncommon to hear songs like Stiefelfabrik, Koka Kola Freiheit and Scheissnormal at EBM and alternative clubs in Europe and Latin America.

Sturm Café stands up against the English language domination in the music industry and make all their song in German that used to be a lingua franca in Northern Europe before the Cold War.