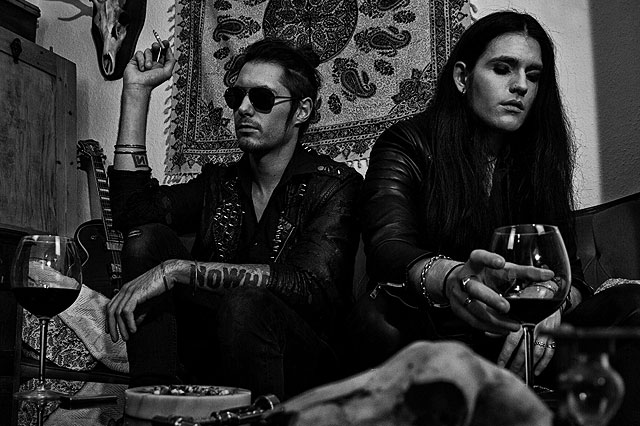 WISBORG are a phenomenon: Out of nowhere, the duo released their debut album “TheTragedy Of Seconds Gone” in 2018. Constantly touring, the band soon established itself within the German gothic scene – playing shows with bands like She Past Away, Das Ich and TV Smith & the Bored Teenagers.

WISBORG were also part of the 2018 line-up of Wave-Gotik-Treffen and Autumn Moon, among other festivals. With their second record From The Cradle To The Coffin, the band continues their riseto the top. WISBORG's sound is still rooted in the post-punk and dark wave of theeighties, but it is way more experimental and modern than before and features moreelectronic elements. The Sisters Of Mercy meet Nine Inch Nails, Type O Negative andMuse – sometimes even more contemporary bands like The Soft Moon or IAMX.

But WISBORG are more than just the sum of these parts: From The Cradle To The Coffinis a unique piece of music and brings fresh air into the scene.Drum machines and screaming guitars, massive synths and haunting piano, all of thiscombined with a sensual male voice that makes any black heart skip a beat. Gothic rock,your future is bright – its name is WISBORG